November 25th and 26th Paul Gates of WAFB wrote a story about a small rural cemetery in West Baton Rouge Parish that likely suffered damage from Hurricane Gustav. It was found by a couple traveling in the area who emailed Mr. Gates about the damaged cemetery near Beuche, Louisiana on River Road. The Assistant Attorney General, Ryan Seideman, the Louisiana Cemetery Board, and both the West Baton Rouge cornoners office and Parish President were on hand to see that the cemetery was cleaned up. You can read more about both articles from Paul Gates here: Family shocked by cemetery destruction and Repair process begins at cemetery with damaged caskets and vaults. It is believed that the destruction found was likely caused by Hurricane Gustav and the owner may be able to get assistance from FEMA. They are still looking for the owner of this cemetery on River Road.


There are very few named cemeteries in West Baton Rouge Parish and even fewer with transcripts available on-line. In fact, Martin Gautier's Louisiana Cemeteries lists several "unknown" cemeteries that have no transcripts, photographs or recognition by USGS. I noted 10 unknown cemeteries at his site where has has listed the GPS of the cemetery. USGS lists cemeteries differently from church cemeteries. Only 10 cemeteries are noted by USGS. USGS lists several churches that may be associated with older cemeteries. Find A Grave notes 39 cemeteries totally in West Baton Rouge Parish, Louisiana where a few more are associated with churches. 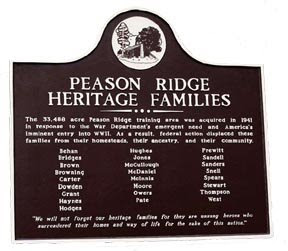 The second annual Heritage Day at Fort Polk took place on November 1st. According to the Leesville Daily Leader newspaper, "Since undertaking the goal of preserving the old home sites and cemeteries, Fort Polk has located more than 27 cemeteries as well as numerous home sites.During the past year, more than 70 grave sites have been located with ground-penetrating radar. Sage said they hope to identify all of the grave sites and eventually replace markers. Currently Fort Polk is working with the U.S. Forest Service and Northwestern State University to collect oral histories along with any and all photos of Camp Polk and the home sites of the families prior to the government’s take over of the land.As information is collected, it is being recorded. Copies will be available for viewing at Fort Polk and NSU." The Gaurdian posted an article about Heritage Day by ZACH MORGAN, Heritage Days helps families heal old hurts.